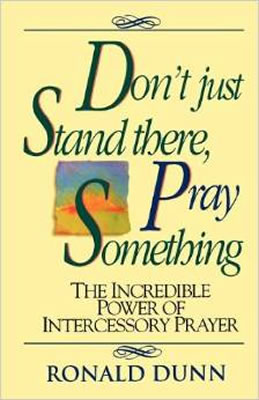 Don't Just Stand There, Pray Something

Ignite the power of prayer in your congregation with this enthusiastic handbook. Ron Dunn, the leader of a national prayer ministry, presents an inside look at the believer's prayer life and describes how anyone -- ordained or lay, new Christian or old, full of faith or hesitant -- can pray with more purpose and power. His fresh perspective on how God answers prayer is especially memorable. This is practical Christianity at its best! 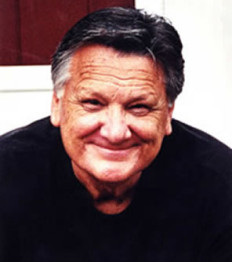 Before his death on June 29, 2001, at the age of 64, due to Pulmonary Fibrosis, Ronald Dunn had an extensive itinerate ministry of Bible teaching and preaching and served as the Minister-at-Large for the MacArthur Blvd. Baptist Church in Irving, TX.  He was also the president of LifeStyle Ministries, an organization that produces Bible study cassettes, which he founded in 1970.  He preached Bible Conferences all over the United States, Europe, Australia, Canada, Central America, South Africa and the Caribbean Islands.

A graduate of Oklahoma Baptist University, Ron was saved at the age of nine, began preaching at the age of fifteen and pastored his first church at the age of seventeen.  After completing his Masters of Divinity at the Southwestern Baptist Theological Seminary he pastored the Valley View Baptist Church and Munger Place Baptist Church of Dallas.  In 1966, he became the pastor of the MacArthur Boulevard Baptist Church in Irving, TX.

During his time as pastor there, the church doubled in size and began a unique 24-hour Intercessroy Prayer Ministry.  This Prayer Ministry has become the model for similar ministries in churches and Christian organizations around the country.  In 1975, Ron resigned to fully devote his time to an itinerate ministry of bible teaching and writing.

His wife, Kaye, is the President of LifeStyle Ministries and lives in Flower Mound, Texas.  They have two children, Stephen and Kimberly.  Their first child, Ronald Jr., died in 1975 at the age of 18.