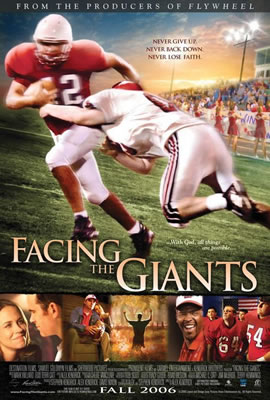 $6.99 Collector's Edition of Facing the Giants

In his six years of high school football, Coach Grant Taylor has never led his Shiloh Eagles to a winning season. When faced with seemingly insurmountable professional and personal crisis, the idea of giving up has never come easier. It's only after an unexpected visitor challenges him to trust in the power of faith that he discovers the strength to persevere.