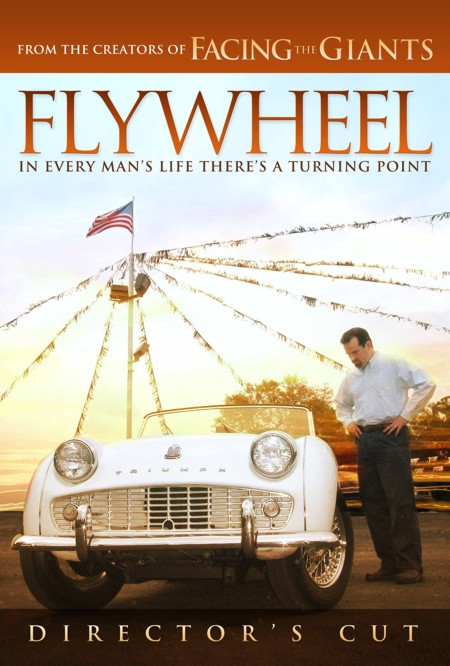 JAY AUSTIN (Alex Kendrick) wants to sell you a used car, but watch out! Many victims have fallen prey to his smiling face and hasty promises. Austin does everything his way until his dishonesty and manipulation are repeatedly exposed. Like many men, he becomes disgusted by the masks he wears and lies he tells. While having a classic convertible repaired, Austin begins a humorous and inspiring journey to win back the hearts of his wife (Janet Lee Dapper), his son (Richie Hunnewell), and his community. In every man's life, there can be a turning point. When Jay Austin makes his turn, he never looks back. Filmed on location in Albany, Georgia, Flywheel has been shown in theaters, churches, prisons and schools. It is an inspiring family movie surprising audiences with laughter and tears and is loved by the young and old.