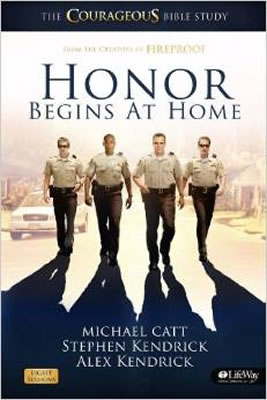 The participant, individual or couples, is guided through this compelling Bible study based on the movie Courageous. This 8-session study will take individuals and small groups deeper into biblical truths for a godly family, exploring topics such as redeeming your history, walking with integrity, winning and blessing the hearts of your children, and more.

Every session involves watching a clip from the movie to help group members engage in discussion. And daily readings from The Resolution for Men and The Resolution for Women will help you connect with God and His best plan for your family.