In 2002, Alex approached Senior Pastor Michael Catt with an idea to make a low-budget, full-length movie as an outreach to the community. After weeks of prayer, several church members generously gave the needed funds to produce the movie and Alex began writing a script. Flywheel premiered at Albany’s Carmike Cinemas on April 9, 2003. Prayers continued to be answered when TV, radio and newspaper reporters reached out to promote the film, allowing advertising expenses to stay minimal. 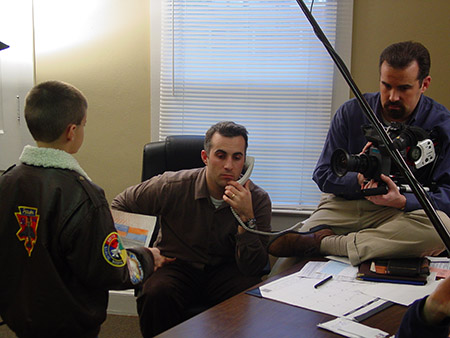 Sherwood Pictures’ first film was a hit, leaving moviegoers inspired and challenged by the story. Flywheel unexpectedly sold out multiple show times as the week’s second-highest grossing movie of the cinema’s 16 screens. The movie was extended for six weeks due to the overwhelming response. Sherwood offered Flywheel on DVD and sold all 1,000 units on the first day. Christian bookstores, Blockbuster Video, and movie catalogs requested Flywheel for their inventories. The movie later aired on five television networks and garnered seven film festival awards including the Gold Crown Award for Best Screenplay from ICVM. 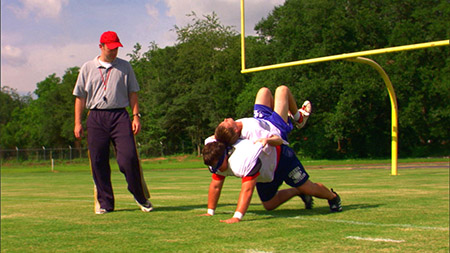 While Flywheel continued to expand, Alex and Stephen began asking God for another movie plot. After months of prayer, they began writing the script for Facing the Giants – a high school football story about facing fear with faith. The brothers prayed for $100,000 and a specific high-definition camera to improve production quality. Without any formal fund raising, individuals began giving money and the needed resources to start another project. In May 2004, production began on Facing the Giants with Alex directing, Stephen producing, a slew of Sherwood volunteers, and five paid professionals who led the production teams. The football venture was shot over six weeks using a single Panasonic high-definition camera.

With no prospects for distribution, God opened a door in 2005 when Provident Label Group in Nashville asked for the distribution rights. Provident then sent the movie to its new parent company, Sony. Within weeks, the groups met and partnered to release the movie nationwide in 441 theaters on September 29, 2006. Facing the Giants exceeded box-office expectations, earning $10.1 million in theaters and selling more than 2.5 million units on DVD. The DVD was released in 57 countries, and Sony added Flywheel to its video catalog where it would later approach a million units sold.

Sherwood received emails and phone calls by the hundreds each day from around the world as viewers responded to Facing the Giants. Thousands reported new faith in Jesus Christ and shared amazing stories about God working in their lives. Business leaders, politicians, and football coaches used “the death crawl” scene to motivate their teams. Sherwood was overwhelmed with ministry opportunities and hired additional personnel to respond to emails and calls. Thomas Nelson Publishers approached the Kendrick brothers and asked to publish the novelizations of Flywheel and Facing the Giants. 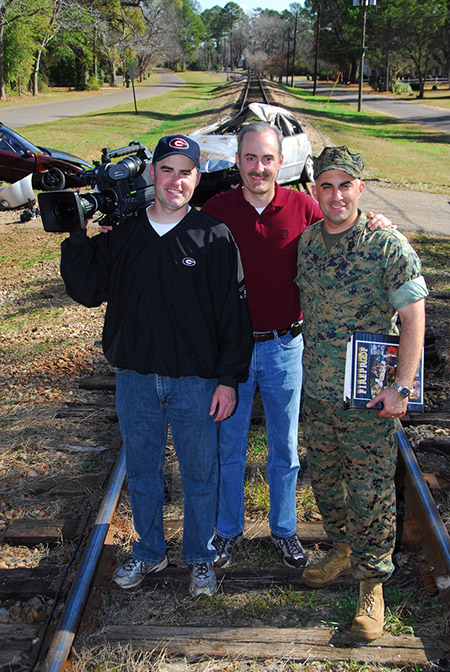 God began inspiring Alex and Stephen to write a marriage-themed script called Fireproof. In September 2007, with Provident Films as partner, the camera rolled on Fireproof using a dozen professionals, 1,200 volunteers, and a budget of $500,000. After Fireproof was complete, the brothers began researching and crafting The Love Dare as a ministry tool for couples. On September 26, 2008, Provident Films released Fireproof in 905 theaters while Thomas Nelson Publishers published the Fireproof novel and B&H Publishers simultaneously released The Love Dare.

Fireproof became the top-rated movie on Yahoo, generated $33.4 million at the box office, and became the #1 independent film of 2008. The Love Dare and Fireproof novel landed on the New York Times Bestsellers List. The Love Dare was #1 for 14 weeks and remained a New York Times Bestseller for four years. More than 3.5 million units of the Fireproof DVD were sold in 75 countries.

Sherwood continued to be flooded with emails, calls, and visitors. Thousands of testimonies arrived of marriages being saved and families being restored. Proceeds from the movies were used to build the 82-acre sports park now called Legacy Park and to fund mission work and new church plants.

In the summer of 2009, God had turned Alex and Stephen’s hearts toward the vital issue of fatherhood. After months of research, Alex and Stephen wrote the script for Courageous – the story of four police officers and the struggles they face at work and at home. In May 2010, 28 professionals and 1,700 volunteers began production on Courageous with a budget of $1 million. After positive test screenings, TriStar Pictures released Courageous in 1,214 theaters on September 30, 2011. With a message that challenges men to lovingly lead their families, Courageous opened to the highest per-screen average of the top 40 movies and received an A+ CinemaScore rating. Generating $34.5 million at the box office, TriStar expanded the theatrical release to 20 countries where viewers drove up to four hours to see the faith-based drama. In January 2012, the Courageous DVD was released and became the #1 selling DVD in the country.

The Kendrick brothers, along with Sherwood Pastor Michael Catt and several cast members, began speaking across the nation and in other countries about the role of men as the spiritual leaders and protectors of their homes. Bestselling author, Randy Alcorn, agreed to write the novelization for Courageous, while Alex and Stephen focused on writing a related book called The Resolution for Men. Additionally, Priscilla Shirer penned a companion book, The Resolution for Women. All three books appeared on the New York Times Bestsellers List and thousands of men participated in study groups and resolution ceremonies around the world.