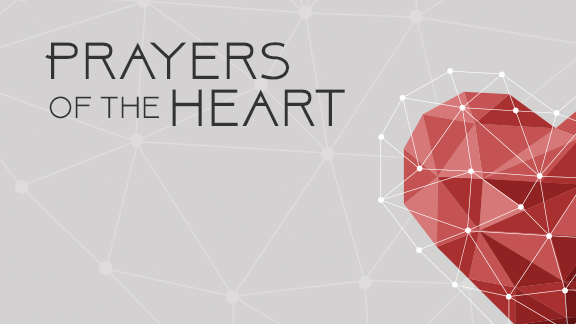 This series will focus on three men who boldly and desperately went before the throne of God asking for speciï¬c answers. Today we’ll study Abraham’s cry for a city. God answered each of these prayers, though not all of them in the way these men desired or expected. If we are serious about being prayer warriors and intercessors, we must learn from these examples in Scripture and apply their praying to our own lives.

In 2009, I wrote a book on prayer called "The Power of Persistence." Persistence is harder than we want to admit. The longer a situation drags on, the more weary, frustrated, disillusioned, and fatigued we become.

The church is to be in the world but not of it, Jesus left us here for a distinct purpose.

Here’s what won’t work. Most of the attempts to ï¬x our city, our region, and our culture are just a band aid on an artery that is hemorrhaging. Whining, griping, pointing ï¬ngers, complaining, or giving us a new and improved Squawkbox will not ï¬x the problem. The problem is that the church has been silent at the core. We’ve worried about politics, but haven’t persisted in prayer. We point ï¬ngers at people we disagree with and whine and complain, but there are no tears for the spiritual condition of our region.

I. HE PRAYED BY FAITH

“God has given us prayer, not primarily as a method of getting things or changing circumstances, but as our means of jointly cooperating with Him in His great plan for the redemption of the lost.” – Tom Elliï¬€

“Prayer is set forth as the primary human factor in the accomplishment of God’s program on earth.” – Curtis Mitchell

II. HE PRAYED FOR OTHERS

“The Lord conï¬des in those who fear Him.” – Psalm 25:14
GOD TOLD ABRAHAM HE WAS GOING TO DESTROY THE CITY. Abraham prayed for a city he didn’t live in, but he had family there. He didn’t pray it would be better for him. He prayed the city that deserved judgment would be spared judgment.

Abraham had enough faith to believe things for himself (a land, an heir), but he learned to believe God for something outside of himself.

We are in a spiritual battle for the heart and soul of our city, whether you live in the city, county, or surrounding counties – wherever you live.

A word about spiritual warfare...