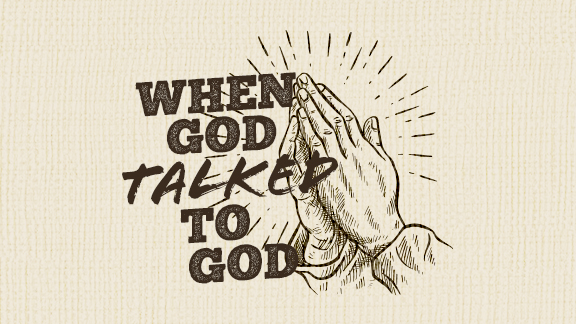 This series gives us a glimpse into the prayer life of Jesus. At His lowest point, facing His trial and the cross, Jesus soars into the heavenlies and prays for His disciples and, yes, even for us. Last week we painted with a broad brush and laid the groundwork for the context of John 17. If you want to know what God the Son is doing right now, you need to engage in this study. The Lord is praying for us, and what He prayed over 2,000 years ago still applies today.

As we said in the ï¬rst message, this is a prayer, but it is also a teaching prayer. It is a reminder to any of us who open the Word to teach or preach that prayer is pivotal.

“Jesus here shows teachers an example, that they should not only occupy themselves in sowing the Word, but by mixing their prayers with it should implore God’s help, that his blessing should make their work fruitful.” – John Calvin

“One reason we have unbalanced Christians in our churches is the lack of prayer to back up the study of God’s Word.” – Warren Wiersbe

Jesus prayed out loud because He wanted the disciples to hear and remember what He said. The cross looms just hours away. The background is approaching death.

Here Jesus lifted up His eyes to heaven, toward the Father in glory. This was a common prayer posture for the Jews, to lift their hands and look up to heaven. It was an acknowledgment of surrender and dependence on the Father. In the garden He knelt and fell on His face (Luke 22:41).

I. THIS PRAYER IS UNLIKE ANY OTHER

Matthew reveals Him as __.

The Gospel of Matthew tells us that the Word falls on four types of soil. The condition of the soil reveals the depth a person will go with the Lord. The trajectory of our lives reveals the condition of the soil of our hearts. Some are receptive and want to go deeper, but in that parable, 75% of the soil didn’t complete the work or do what the seed could have done in it. Why? Hardness, worries, deceitfulness of riches, and more.

II. THE PRAYER REVEALS THE TRUTH REGARDING HIS GLORY

“Only God the Son could ask the Father to glorify Him. Moses asked to see God’s glory. Jesus asked to receive God’s glory, and He identiï¬ed it as the same glory which He had with the Father before the world was.” – Warren Wiersbe

“So much had been veiled when the word became ï¬‚esh. The Lord had not laid aside His deity He had put aside His glory.” – John Phillips